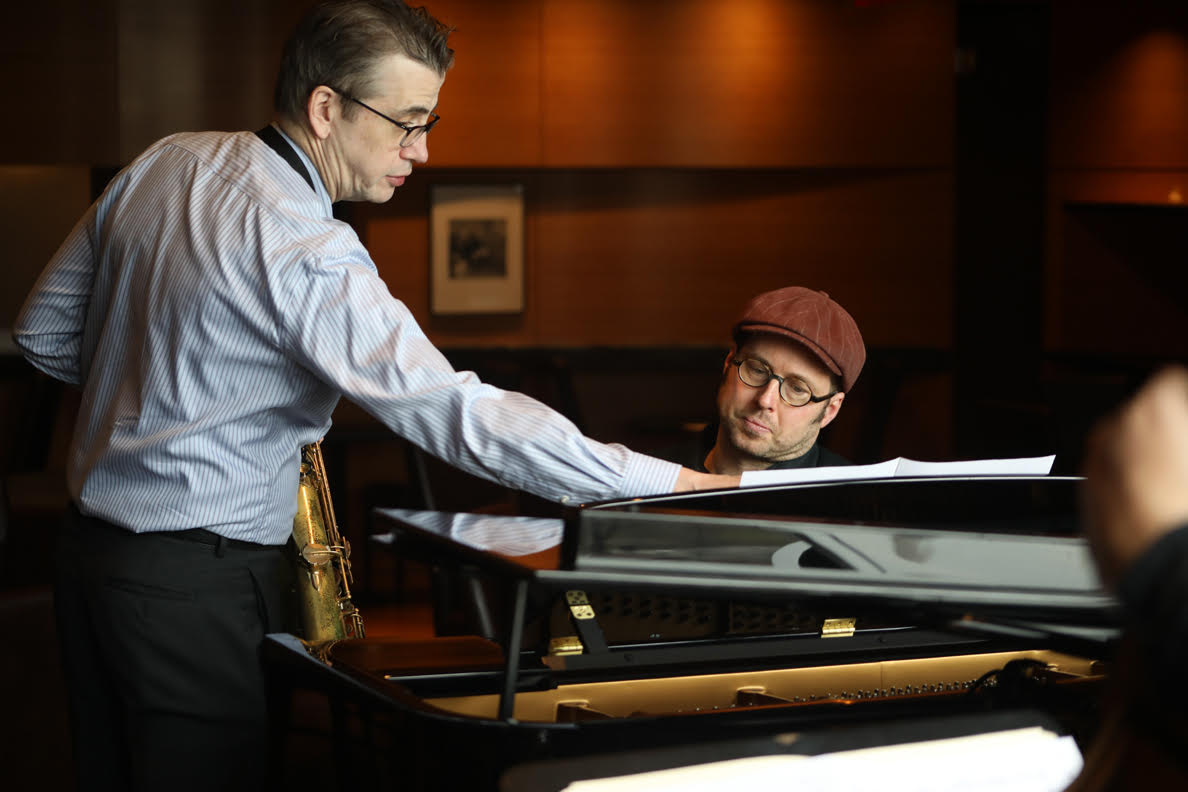 Drum icon Lenny White continued his enthusiastic support for this project by playing the music with equal parts nuance and power. Releasing this album on his IYOUWEE label has been a tremendous privilege.
We are in the midst of the radio and media promotion for the album. I couldn’t have asked for a better advocate.

Joining me in the front line was my son, and New York saxophonist, Julian Lee. He wasn’t only an extraordinary asset as an intelligent creative artist, but also helped focus me and took the pressure off in many mundane ways. Dizzy’s was Julian’s home for two years when he hosted the late night session there. The people of Dizzy’s, from the administration and mangers, to the servers, bartenders, security personnel are like family to Julian and by extension to me.

My first gig as a leader at the famed Dizzy’s Club Coca-Cola is in the books. What a night it was! Playing against a backdrop of Columbus Circle and Central Park with some of my favorite musicians in celebration of my New CD was everything one could ask for. The wonderful fans, family, and students who packed the club to capacity made it even more wonderful.

George Colligan, piano, and Ed Howard, bass, showed why they are two of the most versatile and in demand artists in today’s music scene. The only hitch in the whole evening happened when Ed’s A -string broke on the last note of the first tune. A potentially devastating challenge was instantly solved when the great bassist, Ben Wolfe, who was sitting at the bar offered his bass. After two minutes Ed was back in action. Ben Wolfe to the rescue!

Matthew jumped up for the last tune – “Hey Lock” which he also performs on the record. He was swinging away! Look out for Jacquie, too!